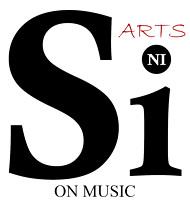 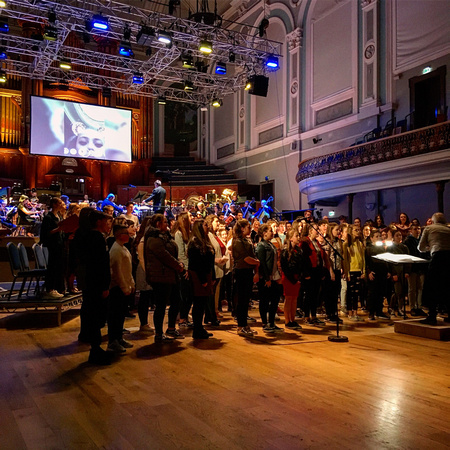 Six years ago, I saw Donal Doherty's Codetta and other choirs perform a composition entitled At Sixes And Sevens at Derry-Londonderry’s Guildhall. That was halfway through a City Of Culture year where a walled city now more famous for a quartet of foul mouthed schoolgirls (and an Englishman) was full of confidence.

More than half a decade on, and while optimism continues to float through the Derry and Belfast area, it is only fleeting, fragments of momentary relief snatched at and embraced in a current of rampant uncertainty.

As much as we've gone forward, we've gone backward. As much as we've moved clockwise, we've moved Anticlockwise. And I think that's what the award-winning Dumbworld had in mind when contemplating gender, politics and mental health over the course of the decade, and how exactly Facebook, Twitter, Instagram, YouTube and every other piece of social media has shaped our culture.

What they've put together is anticlockwise in nature and Anticlockwise in name. A reflective mixture of song and spoken word which once again unites Codetta with other choirs – in this case, the UU choir and Harmony North Choirs – in front of a large-ish screen, and the Ulster Orchestra, in Belfast's Ulster Hall.

Anticlockwise and its deceptively tangled script are short on structure, high on information and clear in purpose. Writer and director John McIlduff and composer Brian Irvine’s messages are a series of multiple unanswered and still unanswerable questions: how did we get here? What other futures are possible? Will we survive the next half century? Will animals have equal rights? Will Northern Ireland ever have a government? And that's only the beginning.

That we're evolving isn't so much the issue here as how we’re evolving and how we can still evolve. Early on, we hear a long sequence of new additions to the Oxford English Dictionary... our literary progress is unquestionable, our humane progress, less so. Are these words shaping our reality, or is our reality shaping these words? No wonder, perhaps, that with the heightened doubt in our contemporary culture, the most popularly used word in the dictionary was "toxic". A word of immense rumination and intense bitterness at once, harmful... but invaluably educational.

The words expand into a series of imagery, aphorisms and proverbs projected on screen and relayed with genuine heart by a strong ensemble. Solo performances from Helen O'Hare, Kerry Stamp and young Scarlett McNeill enhance the overall power of the messages and the music, which echo, perhaps intentionally, the persistent gloom and momentary joy in Stephen Sondheim's finest work.

Deeply troubling in the subliminal, achingly beautiful in the musical, Anticlockwise stands out as a dystopian bombardment of stimuli for the sake of unsettling, but rewarding, thought and inspiration for a new found direction.

Anticlockwise was produced by Dumbworld and performed by Codetta, the Ulster Orchestra, the UU choir and the Harmony North Choirs at Belfast's Ulster Hall on Thursday March 14.