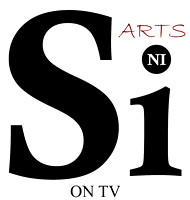 It seems appropriate that The Undertones' "Teenage Kicks" is among the several songs providing the good, and naturally chaotic, vibrations that run through the triumphant return of Lisa McGee's Derry Girls. For the song is something of a phenomenon, a timeless call for childhood memories viewed through (to be honest) rather rose-tinted glasses. And the Derry Girls phenomenon – let's not kid ourselves, it is one – is partly based around a similar wistful longing and wishful thinking. Which, in turn, triggers a sense of belonging as inspired as the show itself.

Relatable people, situations, time periods and places are plentiful, for not only the child of Derry-Londonderry writing this review, but also, perhaps, everyone who grew up in Northern Ireland during the nineties. Or for that matter, in any small community at any time. Such communities had, and still have, a powerful and distinct voice that not every outsider is willing to hear, let alone understand.

Misunderstandings. Powerful and distinct voices. The foundations for any classic sitcom, let alone one so culturally, and dare I say politically, relevant. And Derry Girls has those, the beating heart of yet another distinctly tight and snappy script which gets the second series off to a Maiden City Flyer. (Couldn't help it.)

The episode has some fun with attempting to bridge the Protestant-Catholic divide amidst the backdrop of a field trip, with ill-advised outdoor pursuits to boot. Naturally, things don't go as planned, opening the door for a cavalcade of calamitous indoor and outdoor misadventures as enjoyable as they are cringeworthy.

Shrewdly keeping faith in their leading quartet's unique ability to drive the proceedings, McGee and director Michael Lennox unearth a multitude of zingers and a series of fine performances bordering on tremendous. The dry sarcasm of Sister Michael (Siobhan McSweeney, excellent) and sneakiness of Jenny (Leah O'Rourke, likewise) have rarely been put to better use, while James (Dylan Llewellyn, never better) is utterly tactless yet totally sympathetic in his desire to become "one of the lads". Elsewhere, Nicola Coughlan continues to evolve as a most unexpectedly scene-stealing and rewarding comic talent. Beware the quiet (er) ones, indeed.

The first episode of Derry Girls' second series aired on Channel 4 on March 5 and the series will run until the middle of April. For more, click here.