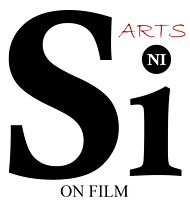 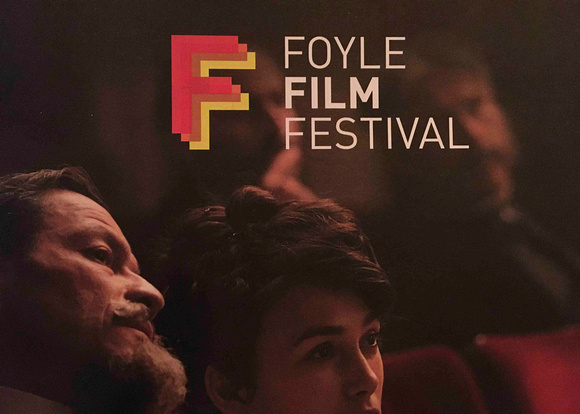 Beginning with the NI Premiere of Wash Westmoreland's Colette (read my review here, at The Big List NI) and concluding with another NI Premiere, Sara Colangelo's The Kindergarten Teacher, Derry-Londonderry's Foyle Film Festival screened over one hundred national and international films for everyone's viewing pleasure.

The primary focus of this year's event, which ran during mid to late November at the Brunswick Moviebowl and the Nerve Centre, appeared to be on historical figures in literature and media who had to battle, to varying degrees, against societal norms to either enforce change, live a stable life, or both. In other words, transcendence in the face of adversity: something Won't You Be My Neighbor? and The Happy Prince have at least a little to say about. 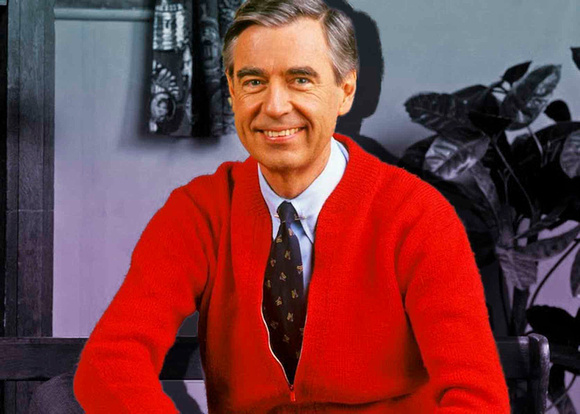 "Won't You Be My Neighbor?", photo courtesy of the Foyle Film Festival.
Film distributed by Focus Features

Morgan Neville's Won't You Be My Neighbor?, a light-hearted documentary entirely dedicated to the life and legacy of American national treasure Mr Fred Rogers and his famous neighbourhood, wins pathos and commendation by grounding itself less in make-believe and more in reality.

In choosing to rely almost entirely on a combination of footage and anecdotes from family, work colleagues and friends, Neville could certainly be accused of crafting a hagiography, but he studiously avoids doing so. Not much in the film is new or surprising, but the emotional and intellectual benefits are immense.

For behind Rogers' comforting and almost conservative appearance rested courage, common sense and great initiative. It is refreshing, even liberating, to be reminded of how relentlessly, and successfully, Rogers campaigned for television to be positively utilised for the greater good – and also of how he utilised it himself, reaching out to and teaching children in his own friendly, modestly unassuming, even rather revolutionary, manner.

Fortune indeed favours the brave, but with bravery and popularity come risk – and even a personality as well-intentioned as Rogers could face serious obstacles. His own struggles with adaptation, be they an attempt at winning over adult audiences or the eventual acceptance of a dear friend’s orientation, are given brief but humane attention, tying in neatly with the generally positive and life-affirming reflections that we take away from this truthful and well-mannered portrayal of an astonishingly truthful and well-mannered individual. 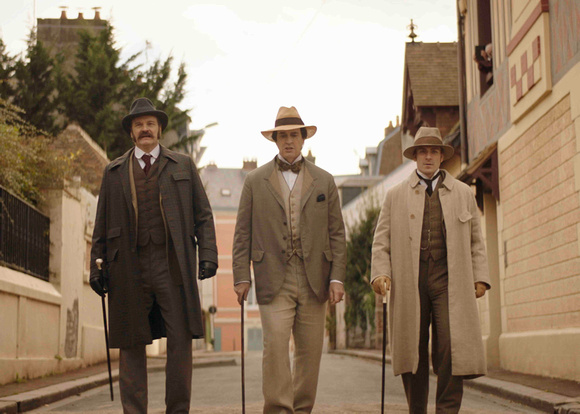 Mr. Rogers was, of course, renowned for telling us we were fine just the way we were, but that is not the case for the legendary Oscar Wilde, as portrayed by Rupert Everett in The Happy Prince. Named after a famous Wilde short story about the inseparable bond between a princely statue and a little bird, Everett’s directorial debut, ten years in the making, has a near semi-autobiographical feel.

A once lively presence in not only Oliver Parker’s Wilde adaptations at the turn of the century but also My Best Friend’s Wedding, Everett now appears a washed up, ragged caricature of himself. Nonetheless this is exactly the mood he requires, and achieves, for telling the story about the extremes to which an artistic elite will go to shun one who they no longer perceive to fit in with their ways.

The guts are in place, and so is the heart, reflected in standout performances from Edwin Thomas and Colin Morgan as Wilde's lovers. Less convincing is the coherence. The piecemeal structure of the film, a collection of several individual scenes with a life of their own rather than a truly satisfying whole, offers little time or room for focus, Wilde’s wife (Emily Watson, underused) and friend (Colin Firth, ditto) virtually sidelined. For that reason The Happy Prince is more a project to be admired rather than a film to be liked, where we see a tragic figure battling to escape from the intelligible narrative that swallows him up. (Then again, maybe that is the effect the film is going for.)

The 31st Foyle Film Festival ran in Derry-Londonderry from November 16 to 25. For more information on the Closing Night Gala, and further links to the festival itself, click here.