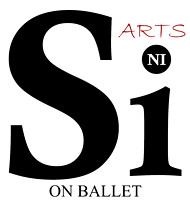 The idea that ballet is for everyone receives a welcome boost from the Birmingham Royal Ballet and Belfast's Grand Opera House in La Fille mal gardée.

Otherwise known as The Wayward Daughter, it is wayward only to one's idea of a typical ballet. There are enough top-notch pas de deux and sur les pointes to please purists, but this is less about precision of technique and more about comedy and spectacle.

Using Frederick Ashton's ingenious choreography, Osbert Lancaster's sumptuous design and Peter Teigen's literally flashy lighting, the BRB have broken down and reconstructed ballet in a bright and blooming "Frangleterre" where the openness of the English countryside appealingly unifies with continental, even international, movements and mannerisms.

A quartet of dancing chickens led by a cockerel and the stage-stealing, leprechaun-like son of a wealthy vineyard owner (Tzu-Chao Chou, appealingly mischievous) are just two of the sparky concepts dreamed up by Ashton for his game ensemble, who revolve around the slight but just-effective-enough romantic chemistry of Miki Mizutani's Lise and Max Maslen's Colas.

Every lead impresses, particularly Mizutani. She's a dynamo, a collection of feelings gradually emerging from the cocoon of a tentative, very hungry human caterpillar into a confident young madam butterfly. Her slightly turbulent development is the heart of this relentlessly comic piece, a production which also delights in reminding us about evolution, revolution, and what we stand to gain from both. Positivity, and thrust, in the face of gloom – how can that be anything but triumphant?