Me, Mum and Dusty Springfield 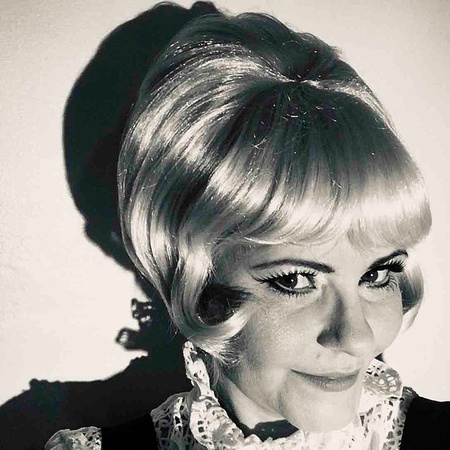 Fifty minutes, one woman, much reminiscing and a lovely singing voice combine for a fine theatrical treat in Me, Mum and Dusty Springfield. Directed by actress Julie Maxwell from a script by Stephanie Ridings and starring Tara Lynne O'Neill, the play is a poignant exercise in daughter-mother love and understanding drawn from a gradual exploration of the lure and trappings of imitative celebrity, where our singing heroes, at least as illustrated, seem more Tony Angelino than Tom Jones. Albeit with no speech impediments.

O'Neill's Mary – a daughter, not a mother like her Derry Girls alter ego – is a ravaged, mildly disturbed and pitiable dreamer living a nightmare. Her father has left, her own mother has died and what remains is an imagination of the past, a sort of Stars In Their Eyes where her father pretended he was Not Unusual and her mother Just (Didn't) Know What To Do With (Herself), apparently. Mary, incidentally Dusty Springfield's real name, is constrained and embittered by her visions, but her spirits are sporadically elevated by memories of her elders covering Springfield, Cher, Tom Jones and Chris De Burgh, and a thimbleful of amusingly inserted Enrique Iglesias lyrics.

It all amounts to a woman who tries evading mundanities but can't quite make peace with her past. Someone who appeared not to live her own life but instead fragment an existence through observing idols and role models. Once you remove the spotlighted buzz, there are few foundations below, a feeling that the production captures tremendously well along Ridings' soundly structured character arc for the expressive O'Neill's muddled but eventually merry Mary. This is encapsulated in a fun and freedom filled rendition of You Don't Have To Say You Love Me which closes the play with a deserved standing ovation.

Me, Mum and Dusty Springfield runs at the Baby Grand Theatre in Belfast's Grand Opera House until Saturday May 18. For more information click here.