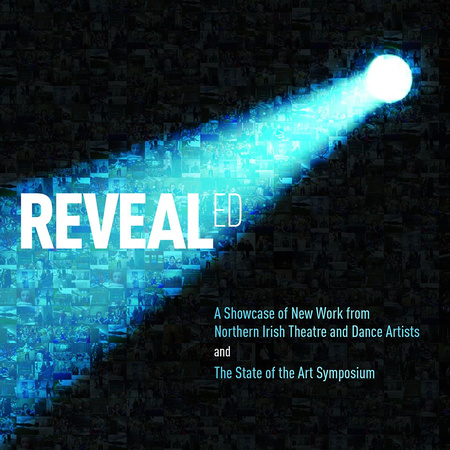 Imagine Pixar's Inside Out with no whimsy, much less colour and the chaff taken from the wheat and you’d have something like Clare Dwyer Hogg's The Regret Room. Directed by Emma Jordan, the four-person, ninety-minute play sees two demons (Eleanor Methven and Emer McDaid) bombard the unfortunate minds of poor Imelda (Brid Brennan) and sprightly Greta (Lisa Dwyer Hogg) with sadness, fear, anger and disgust, aiming to rip out all thoughts of joy from their mental states and conquer their souls.

The skill of Dwyer Hogg's very intelligent, disturbing and frequently funny writing, brought to life by a hugely talented quartet (and narrator), is its deconstruction of contemporary and nostalgic sentiment in multiple battles for control. In breaking down the pain and doubt over what we as people don't have rather than accentuating the happiness and appreciation of what we do, it enhances its and our own appreciation and examination of the human psyche. Troubling, yes, but enlightening.

How thin is the line between logical perception and damaging paranoia? That's the question Colm G. Doran seems to ask in Who's Looking At You, his latest immersive experience for a headphone-wearing audience in the café bar (if you've seen his Date Show, you’ll understand). Awaiting the date who just won't arrive, Mary Jordan's Helen is forced to contemplate and explore, mentally, her long married life, happy to all but those who knew her best. It's Jordan's dry, bitter delivery, laced with intrigue, that makes this production, her regretfully melancholic and determined expressions difficult to look away from while she smartly and at times hilariously debunks the myth of nostalgia as a comfort pill. Think of it as It Won't Be A Wonderful Life Until I Move On.

The confrontation of inner demons, a prevalent theme so far, takes another turn in Fionnuala Kennedy's Removed, directed, again, by Emma Jordan. A fictional story based on true-to-life interviews, Removed, performed by Conor Maguire, is about a young man quite literally removed – from his home at age nine. With neither the support nor the understanding he needs from either his family or the care system, he is a shattered, rambling, insulated soul, a shell of quiet intrigue and gentle heartbreak. How long, one ponders, will survival at all costs trump public perception, to the point where painful hurt turns to a much more harmful form of apathy? It’s as effective a relaying of the “everyone needs help” message as one can hope for.

Apathy becomes invisibility in the Patrick J O’Reilly-directed The Experience Of Being, written and performed by Carol Moore. Invisibility in that Moore’s Cathy should be celebrating her sixtieth birthday but has no sense of significance. Over time this has built up into a tirade of bitterness, sparked off by Moore in a fiery and funny showing that goes beyond mimicry into a new form of life, a new voice, for the increasing loneliness brought upon by age. Alongside the action and amusement, the belief that attitudes are slowly evolving with regards to ageism is devastatingly crushed. Not enough people are listening, and not enough people want to listen, despite increasing calls and encouragement for openness. The results are there for everyone to see in the form of Cathy, and they’re not a pretty sight.

Throughout the course of the day, each performance has become more openly unhinged, the acceleration of the effects of isolated regret and reflection presenting themselves more intensely. Una Kavanagh's performative response to the life of Lucia Joyce in Caoileann Curry-Thompson's Rosefrail And Fair comes out on top. Incurably insane, Kavanagh's middle-aged woman, who looks younger than that, is locked away in an asylum, the memories of her past as a dancing artist all she has to live by. Aesthetically accompanied by yet another fantastic Ciaran Bagnall set, Kavanagh is a rose, frail and fair all at once – a systematically destroyed beauty. Not damaged, destroyed. That, along with increasingly disturbing piano beats, Nicola Curry's choreographed movements and a series of utterings that consistently and increasingly vary in tempo, pitch and tone, drives this exceptional actress to create art through helpless, hopeless madness. If the previous plays were gradually numbing, this is shattering – the tip of the iceberg in an increasingly cold scenario of isolation which persistently calls for warmth that isn't, sadly, always there.

The Reveal-Ed Showcase runs at The MAC in Belfast until January 19. To book tickets for the abovementioned plays, and for more information, click here.